I was just working on a story for an art magazine when I got a phone call from CNN. “Hello Laura, we know it’s very last minute, but why don’t you get a cab RIGHT NOW?”

This is the reality of breaking news. And breaking news it was. Multiple CNN crews had flown over to the Netherlands to report on the aftermath of the horrendous plane crash of flight MH17 in the Ukraine. 298 deaths and 193 people with the Dutch nationality. 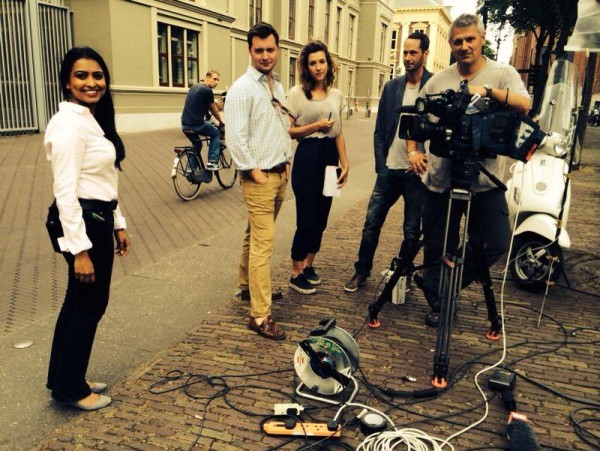 Because this event had effected many people in my country, it took me only a couple of seconds to decide to drop everything I was working on, and find my way to the crew at Eindhoven military base. At that very moment, coffins with dead bodies were flying in from the Ukraine.  The sound of the military vessels landing on the strip was loud and roaring and honestly, the smell was pungent. The coffins were received with one minute silence by the military, before they were to be transported to Hilversum to identify the bodies.

Never had I been this close to such a massive tragedy. My job ranged from news gathering, production, translating and interviewing. It was an emotional and unforgettable task. The CNN crew was incredible and I will never forget them. Especially Saima; a mentor and a superstar.

Below you will find some of the items that I co-produced.

This one shows the ceremony when coffins with remains flew in from the Ukraine.

Here another package of one family’s last photo that was taken aboard of the plane.