You will definitely remember her massive hit song New Soul of 2008, when Apple used it in an advertisement for the launch of the Macbook Air laptop. But French- Israeli artist Yael Naim speaks like an old soul. Her words have an undefinable mix of accents. They come from a wise woman, and most of all, a creative one.

I am drinking cappuccino with Yael at Elephant’s and Castle in Greenwich Village. Earlier this morning I picked her up from the legendary recording studio Electric Lady Studios (think: Jimmy Hendrix and many more) where her new album Older was sound mixed. The album recently won ‘best female artist’ at Les Victories de la Musique in France. Not entirely accurate, because Yael works together closely with her husband David Donatien, but an important recognition nonetheless.

When she performs she sits and she stands, working multiple instruments and sings in English, French and Hebrew. Behind the piano, she repeatedly ties and unties her thick, long hair into a ponytail. The Yael we see on stage doesn’t look anything like somebody who would be happy to be a big brand’s commercial asset.

When being asked about New Soul and Apple she says: “I have no regrets. We did what we wanted and what we could at the moment we lived in.” 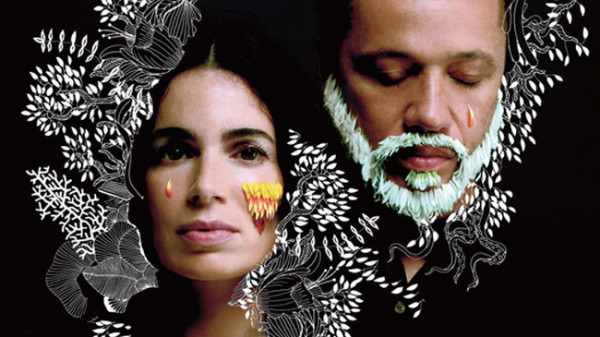 How were you feeling during that crazy period?

It wasn’t happiest period of my life. The ego was very happy and it was amazing to be so huge and travel all over the world. We recorded New Soul in our living room, and all of a sudden we were turned into this promotional machine. The risk is  that you’re going to chase after it, because you want it again.

It was a choice we had to make. Do we want to provoke it again? And if so, would we lose ourselves artistically? Or do we just continue to do what we want and enjoy the freedom? We knew we didn’t want to get into a prison and start running after something that wasn’t planned from the beginning

It was incredible to experience something like that. But we’re also glad it’s over and done with.

So why are you here in New York? You are obviously performing and making music.

The reason we are here, is not to sell records, but because of the artistic vibe, to create and to meet other artists. We’ve played two wonderful shows in the City Winery. We can really open up now and allow ourselves to be inspired again. When we were here in 2008 everything was out of control. We had no time to reflect. Now is the first time that we are connected enough with ourselves in order to be here for the simplicity of being here.

What  is it then, that you and David wanted to achieve with the new album?

The most important part for us is the creative process. We are happiest when we are in our house, making music. Of course, if songs stay in the room for too long it will be frustrating because you want them out in the world. it’s just like giving birth, the child needs to come out. And just like with children, the songs can become whatever they want to become once they’re out in the world.

One of my favorite songs on the record is coward. I think it’s rare to hear an artist criticize him or herself in such a uncompromising way. Why did you see yourself as a coward?

I realize that this feeling of deep fear, came to me to during the early stages of big and important changes in my life. When my child was underway, I had to deal with coming to terms with my fear of becoming responsible for another human being than myself. And also, the fear of getting closer to death when you get older.

Most of Older’s themes seem to be about the beginning and the passing of time. What did you learn about living?

Well, when we recorded Older, I closely experienced both life and death. My grandmother passed away around the same time my child was born. This made me realize: I’m going to die one day and my daughter is also going to die one day. I felt absolutely crazy about having these thoughts. My daughter was barely born and I was already thinking about the fact that it’s going to be over one day. The realization was tough but also powerful. Suddenly I felt like I needed to swallow life and truly love the people that are in it.

How can young artists and creators, who feel pressured to become somebody, feel peaceful like you?

What I have learned from my little experience, is that you should walk without fear. I believe that, from the day we are born, we are all artists. Whether you serve coffee, paint, or raise a child: you can be creative in every dimension of life. There is a potential within us, maybe even a destiny. But when you reach a certain age, and life happens, you lose track. I think you have to find a way to remember who you are when you become far from yourself and become a person you don’t like. Just remember and reconnect again.

Yael Naim and David Donation are currently on tour in France and will be in the UK in May.
Tour Schedule